Vilamoura World (VW) has several projects under development, such as Lacustre City, Quintinhas condominium and the Sea View project, a port to attract superyachts. Having a waiting list for moorings at the marina, through an investment of 12 million euros to attract vessels over 25 meters.

The Sea View project will also allow a new differentiated shopping area through the opening of new restaurants and bars with incomparable sea and marina views.

Vilamoura World being the guardians of Vilamoura today, are focused on creating new products, attractive and more sustainable with a very long-term vision to meet the interests and values of the millennial generation, younger, more sophisticated and with environmental concerns, giving more importance to the Vilamoura‘s green areas.

Not only in Vilamoura but also in the neighbouring and luxurious Quinta do Lago & Vale do Lobo areas, where the challenging and attractive golf courses; Quinta do Lago South & North, Laranjal, Vale do Lobo Ocean & Royal, Pinheiros Altos and San Lorenzo, delight all golfers who visit us. 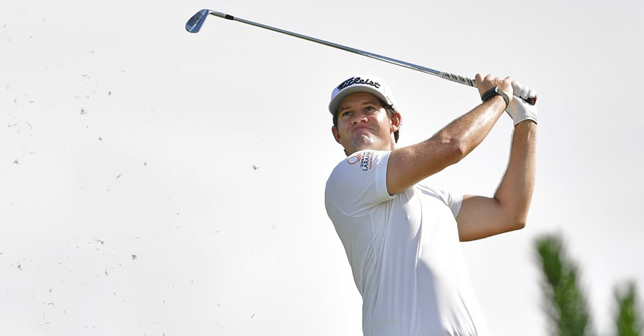 Ricardo Melo Gouveia and Filipa Lima will have to choose between three golf tournaments in South Africa and the Portugal Golf Masters to be held at the Dom Pedro Victoria Golf course, in Vilamoura.

The Challenge Golf Tour announced the postponement of the start of the season in about two months, directly affecting Portuguese players such as Ricardo Melo Gouveia and Filipe Lima, who are members of the second European division, and Stephen Ferreira, who is entitled to play some of the events on this circuit via Sunshine Golf Tour.

The European Challenge Golf Tour and the Sunshine Golf Tour jointly announced the confirmation of the postponement of the three co-organized tournaments in South Africa.

For the time being, no similar measure is planned for the European Golf Tour, which has everything set to start on January 21, with the Abu Dhabi HSBC Championship. It is a tournament of the Rolex Series, that is, one of the strongest of the year in the first European division, and no Portuguese should have entry. Ricardo Santos is the best placed but is currently ten places out of the list of subscribers.

The European Golf Tour follows an extremely strict health and safety plan, with all players, coaches, caddies, journalists, circuit, hotel and golf courses staff to be tested before entering the “health bubble”.

The Sunshine Golf Tour and the Challenge Golf Tour are dependent on the pandemic worldwide evolution, being postponement according to this evolution.

The two circuits should return to their activity in February. The Dimension Data Pro-Am would open the season from February 11th to 14th, followed by the Cape Town Open from February 18th to 21st and the Limpopo Championship from February 25th to 28th.

With this change of calendar, the Challenge Golf Tour will only start from 22 to 25 April safely in South Africa. The Cape Town Open will follow from 29 April to 2 May, and the Dimension Data Pro-Am, from May 6th to 9th.

Professional Ricardo Melo Gouveia from the luxury Quinta do Lago area with its greats Quinta do Lago North, South and Laranjal Golf Courses, as well as San Lorenzo & Pinheiros Altos Golf courses and the magnificent overlooking the Atlantic ocean 5 stars Hotel Quinta do Lago, has his situation regularized with the British state as a foreign resident and Brexit will not affect him.

In competitive terms, things have not been easy for Ricardo Melo Gouveia. It was scheduled to start his season on January 17th, at the Palmares Open but the Portugal Pro Golf Tour decided to cancel its entire 2020/21 season.

When the circuit returns, Ricardo Melo Gouveia will have a difficult decision to make. This redefinition of the calendar puts the Cape Town Open right on top of the Portugal Golf Masters of the European Golf Tour.

However, Ricardo Melo Gouveia has a special relationship with Portugal Golf Masters held at the Dom Pedro Victoria Golf course in Vilamoura. He has been the best Portuguese player in the most important national golf event for six years running, and in those six years, he has made two top-10 and two top-30.

Playing a tournament in South Africa, returning to Portugal, to return to the Sunshine Golf Tour in three straight weeks is an idea, but physically very exhausting.

An identical dilemma should present itself to Filipe Lima. Stephen Ferreira never received invitations to the Portugal Golf Masters, so he will surely play the three tournaments co-organized by the Challenge Golf Tour and the Sunshine Golf Tour.

Tee Times Golf Agency is attentive to all updates of all national and international tournaments and available to organize all the necessary services (golf packages with accommodation, green fees, transfers, rent-a-car, club rental and others) for players and companions, travelling alone or in groups. 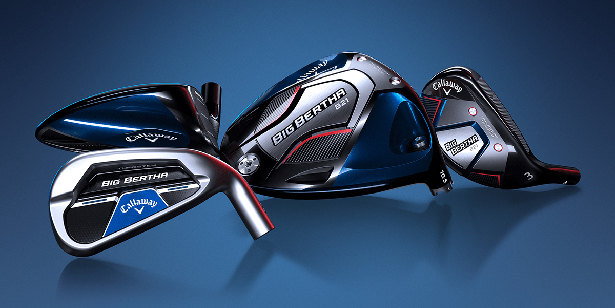 Callaway Golf has launched its new Big Bertha B-21 range of drivers, fairway woods, hybrids and irons, ‘for distance any way you swing it‘.
The manufacturer says these new clubs have been engineered with premium technologies and legendary Big Bertha design features, and launched the range with the tagline ‘this is distance any way you swing it’. Basically, the clubs have been designed for higher handicap golf swings, promising added distance through lower spin, easy launch and extra slice-fighting forgiveness.

Big Bertha B-21 Driver
This new driver is long, forgiving, easy to hit, and targeted at players who tend to slice and find it tricky to get a consistent ball flight. It’s Callaway’s first driver with high launch, low spin and significant draw bias.
Big Bertha B-21 features the company’s A.I. designed Flash Face SS21 made of a super strong, heat-treated TA-15 titanium. Internal heel weighting generates lower spin to help reduce the amount of curvature on your ball flight. The clubs also have Callaway’s Jailbreak Technology, which is two internal bars connecting the sole and crown to promote fast ball speed, and a significantly lighter carbon crown makes it easier to redistribute weight for increased forgiveness.

Big Bertha B-21 Fairway Woods
Callaway says this is their easiest to launch fairway wood yet, promising greater distance, more consistent contact and smoother turf interaction. They share many of the same technologies as the driver, with the addition of an increased offset which is designed to eradicate the big slice or miss-hit from your game.

Big Bertha B-21 Hybrids
Like the driver and fairways woods, Big Bertha Hybrids feature the A.I. designed Flash Face SS21 and Jailbreak tech for increased ball speed. They are Callaway’s easiest to launch hybrids yet with an increased head volume, and a greater offset to correct wild spinning shots. These clubs have the addition of tungsten weights which are precisely placed into the sole of the clubhead to enhance launch and trajectory.

Big Bertha B-21 Irons
Again with an emphasis on forgiveness and distance, Callaway has made the Big Bertha B21 irons easy to hit by generous offset, wide soles and thick toplines to inspire the confidence we all need at address. This is the first time that their A.I. designed Flash Face Cup is on a Big Bertha Iron, which promotes high balls speeds and increased spin robustness. There’s a tungsten toe weight which promotes a stable centre of gravity and forgiveness, while a second weight low on the sole to the rear increases launch angle for those who struggle with a consistent ball flight.