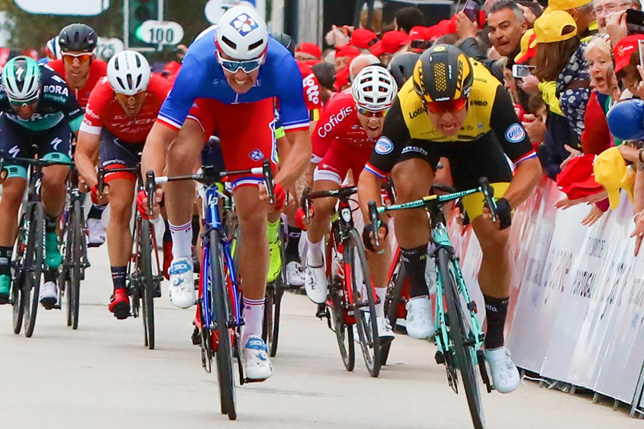 Algarve Events: The February edition of Guia Algarve is covered with cycling, ballet, and Algarvia’s juicy orange. Guia Algarve is a publication which suggests more than 100 events covering February; the shortest month of the year in the region.

The guide of the Tourism Region of Algarve stated: “Among the music, theater, exhibitions sports fair and dance and suggestions of the program; 365 Algarve, any cultural excuse is good to go from door to door, among the friends or even alone.”

“The 45th Tour of the Algarve by bicycle” is the most prominent item, from 20th to 24th of February, which fills the roads with the winners of the 2018 world, European, and Portuguese rankings tournaments.

On Saturday, 2nd Feb. The Ballet Carmen will be staged on Teatro das Figuras in Faro. Carmen’s music is composed by Georges Bizet and Español de Murcia will interpret it. This story describes the relationship between a sergeant Don Jose and a Gypsy Carmen.
Faro nearby golf courses: Quinta do Lago North, South & Laranjal

Orange Capital, Silves, makes the Algarve’s protagonist. It will be the 3rd municipality exhibition. It will last between 15 to 17 February on the famous points of the city. Along with musical entertainment by Cuca Rosetta (15th Feb. at 21:30), António Zambujo (16th Feb. at 21:30) and Fole’Percussion (17th Feb. at 16:30), there will be exhibitions from people from different fields like citriculture, agriculture, confectionery, gastronomy, and handicrafts.
Silves nearby golf courses: Silves 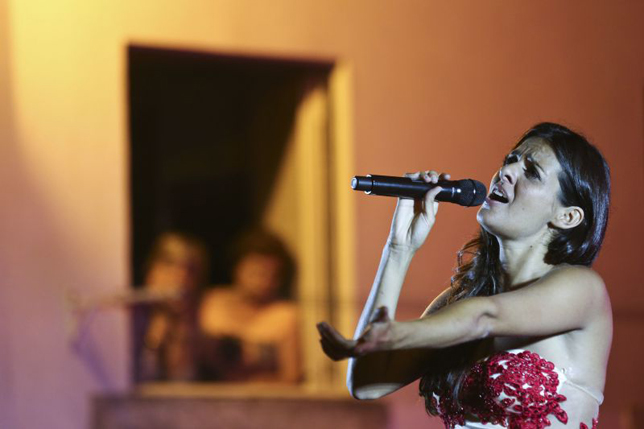 The month starts with ”Confessions Tour” by singer Aurea, On 1st of Feb, at 9:30 pm, in the municipal auditorium of Lagoa.
Lagoa nearby golf courses: Gramacho, Vale da Pinta.

The month follows with other records, in other tones, for different musical tastes. First of all, with the performance of Daniel Kemish at the Lethes Theater in Faro (2nd Feb, 9:30 p.m.), with the V International Festival of Baroque Music in Faro, from 2 to 23 February in various places of the county (beginning at 21: 30), with the Chinese opera “The Generals of the Yang Family”, will be performed on 11th of Feb. at 9:30 pm, at the Arade Congress Center (Lagoa), with the 18th Al-Mutamid Music Festival, 8-23 Silves, Loulé, Lagos, Albufeira and Olhão, at 21:30.

On the stage of the performance, drama ”Waning Room” brings together seven characters united by a common stalemate: the desire for change without however changing for fear of the new. Will be held at - Teatro Municipal de Portimão on Saturday, 2 at 9:30 p.m.
Hotels in Portimão: Tivoli Marina Portimão, Penina Hotel Golf & Resort, Pestana Alvor Atlântico. 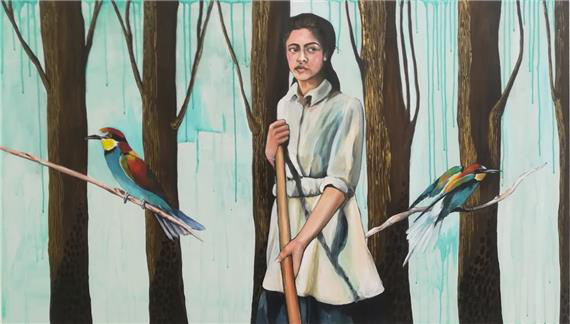 And for lovers of outdoor activities, the «Guia Algarve» highlights the Biennial of Nature Tourism, from 22nd to 24th February, in the Multipurpose Hall of Aljezur, with the motto of sustainable tourism.

Time for the unique experiences of the cultural program «365 Algarve», with several premieres to mention. On the first day of the month, the DeVIR Meetings begin, with the international collective exhibition «Le Dessin de Presse dans Tous ses États (Part 1)», in the former Town Hall of Lagos.

On the 5th of February, at 9:30 pm, Cine-Teatro Louletano “Elastic” will open a crossroads of theater and music from a collection of poems by Algarvian authors that mix with the text of Sarah Lemmonnier and João de Brito.

And, the signature of 365 Algarve, the International Piano Festival of the Algarve will take Antonio Rosado to play “West Side Story” (9th Feb. at 9:30 pm) and Pedro Burmester to revisit the Fantasia Choral Fantasia for piano, choir and Beethoven’s Orchestra (16th Feb. at 9:30 pm, at the Teatro das Figuras in Faro). 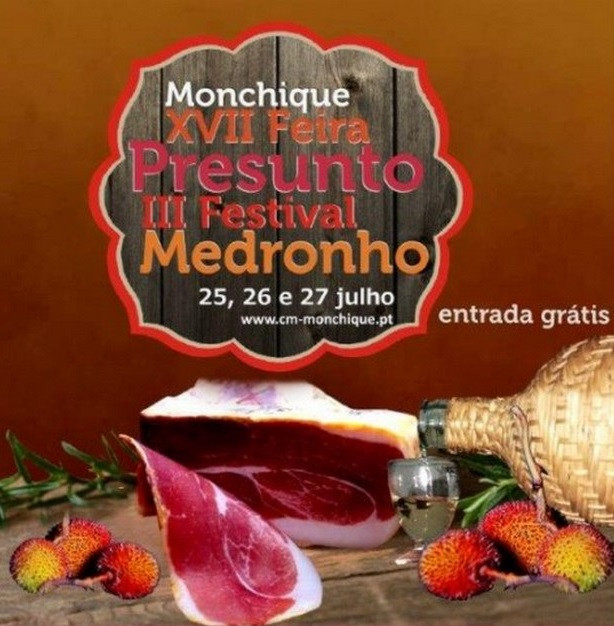 It was time to head to the beautiful Algarvean hills, to join in with 3 evenings of festivities in Monchique.

This festival celebrated the locally distilled drink of Medronho brandy, made from the red berry-fruit of the Arbutus unedo tree (‘Strawberry’ tree). Along with the locally produced presunto (ham), which is a traditional Algarvean cured ham. The people of Monchique are understandably very proud of both these traditional artisan products of the Algarve. Live Music and local entertainment was also provided.

Monchique, well worth a visit in its own right, is on the north-west of the Algarve and at about 2952 feet (900 metres) above sea level in the Serra de Monchique has spectacular views of the Algarve coastline.
This small market town is fondly referred to as the Garden of the Algarve.

The local climate of Monchique is humid and subtropical, enables rich and lush growth of shrubs and trees. Including the exotic and rare Carvalho de Monchique, a Oak tree that is said to only grow in these hills.

Quite close to Monchique is a small Spa town, called Caldas de Monchique. People have been visiting this town, since the time of the Romans, for its famous waters. The water, which is said to have healing properties, emerges from springs’ at 32ºC.

For golfers wishing to experience some of the exciting courses along the Algarve, Tee Times Golf Agency recommends Gramacho, Morgado, Palmares, Peninas’s, Vale da Pinta, Vale do Milho Par 3 and many more. 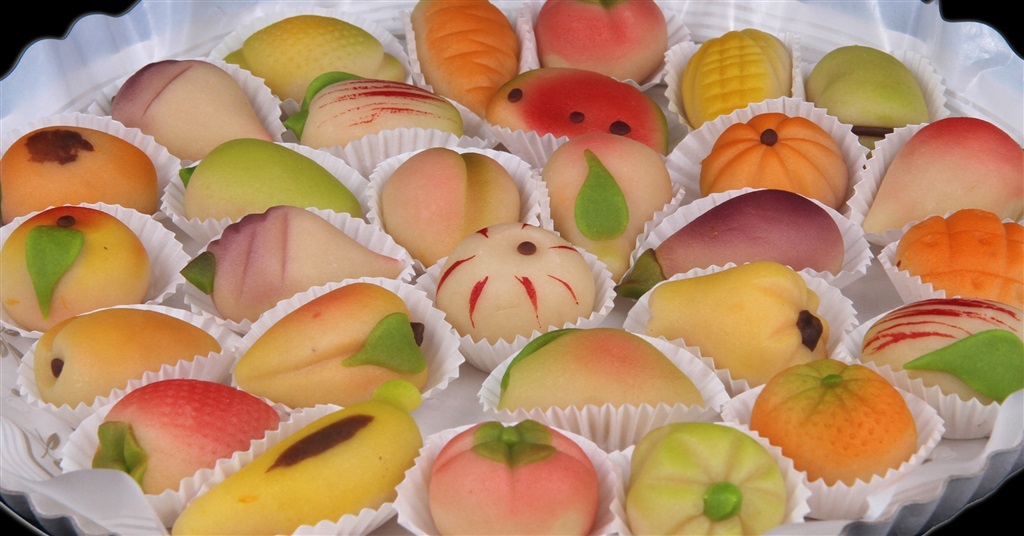 For those holidaying in the Algarve, The 27th “Sweet Art” (Arte Doce) Confectionery Fair and Competition was a great opportunity to admire and taste the many fine examples of Portuguese regional sweets on display. There was also demonstrations of the skills and craftsmanship involved in the creation of these delicious delicacies. Musical entertainment was also provided.

Lagos, which translates literally as ‘lakes’ from the Latin lacobrica, is on the western Algarve. This is an ancient maritime town, with more than 2000 years of history, which was central to the Portuguese Age of Discovery, from the 15th century.

The ‘Old Town’ has cobbled lanes, delightful Portuguese architecture and many shops to explore. Along with cafés that offer fine coffee, and restaurants that offer fish fresh from the sea. The modern side of the town can be enjoyed in the Lagos Marina, across a footbridge over the Bensafrim river, with a number of restaurants and bars, along many boats to admire.

There are several absolutely beautiful beaches, easily accessible from the centre of town. Meia Praia, the most well known of the beaches, is about 4 km long which, with lovely clean sand, is as delightful to stroll along as it is to relax on. There is also the Dona Ana beach, which is admired for its magical turquoise-like water and rock formations. This beach, with a spectacular cliff-face towering over it, is sheltered from the sea breeze.