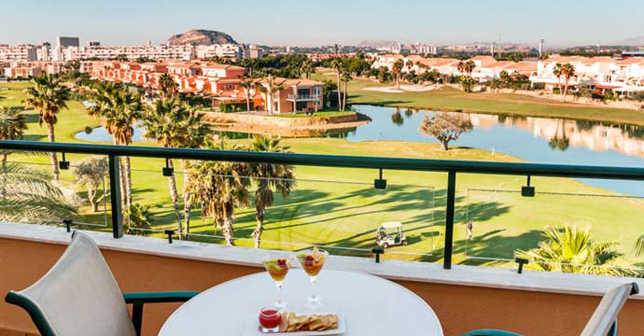 The Alicante Golf Hotel is preparing to launch a project to expand and improve the complex’s facilities to upgrade and become a ‘five-star’ establishment.

The project foresees the construction of a new block with almost thirty rooms to add another fifty-eight hotel beds. The complex has actually one hundred and fifty-six rooms, an eighteen-hole golf course designed by Severiano Ballesteros, tennis courts and paddle tennis courts.

This expansion project, currently under study and including also the construction of two new event rooms, has an estimated budget of just over one million euros.

For Tee Times Golf Agency this is a great project to achieve the excellence that this Mediterranean complex of Hotel Alicante Golfe & Alicante Golf Course aspires, being already an oasis of relaxation in the middle of the city, perfect for a Golf Break to practice sports like padel or golf and an attractive option for celebrating different kinds of events.

Their Alicante Ballesteros ’design golf course that includes five large lakes covering 12 of the 18 holes, is a wonderful challenge for golfers of all abilities, with or without Buggy and always with a very special price for groups of 8 or more players.

The nearby golf courses are also magnificent to combine a magical a Golf Break in Alicante, such as; Bonalba Golf Course, El Plantio Golf Course or Alenda Golf Course, where 18 Holes Round or Golf Packages with great deals for several rounds are available all year round.

The timeless and welcoming hotels; Melia Alicante **** & Sercotel Hotel Bonalba Alicante **** always with special offers are the perfect combination for a great, funny and memorable individual or group a Golf break. 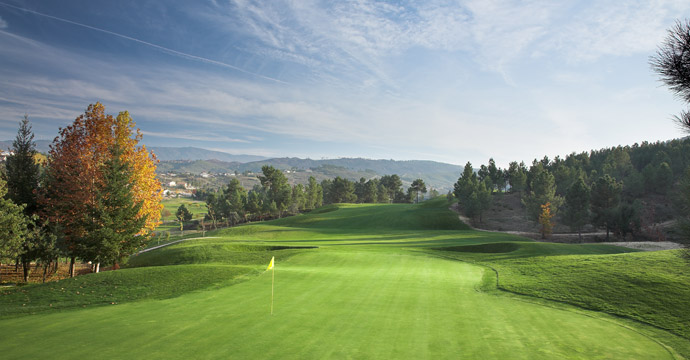 The Vidago Palace Golf Course hosted, from 16 to 18 of March, two of the most prestigious international amateur golf tournaments, played between two teams of 12 players each, representing Europe and Asia-Pacific. Organized for EGA (European Golf Association), the Bonnalack Trophy was named after one of the best amateurs players of the history of golf of late 20th century. It’s a biennial amateur competition that is played to the style of the famous Ryder Cup in three days, in the first two days, comprise five foursomes matches each morning and five four-ball better ball matches each afternoon. On the final day, there are 12 singles matches, when all twelve players compete. The winner of each match scores a point for his team, with a half point each for any match that is tied after the 16 holes.

The Patsy Hankins Tournament was realized for the first time, has the same format than the male tournament but is disputed by the feminine selections. The competition continues to grow in importance and helps to raise the profile of the game, particularly in the Far East, Indian and Australasia areas. The realization of this event counts with technical support of the Portuguese Golf Federation – responsible maximum of golf in Portugal – having an active role in the selection of the North of Portugal, more specifically the golf course of Vidago Palace Hotel for this event. The first edition took place in 1998, being only interrupted in 2010.In the six previous editions, Europe won four times (including the last two) and Asia-Pacific two. 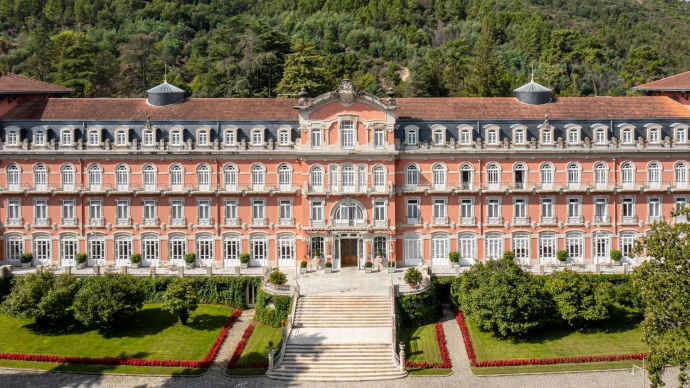 The North of Portugal was the region chosen to this tournament, full of motives to visit, renowned by its hospitality and warmth, attracting an international audience, reflecting the quality of its courses to the practice of this sport. Carrying out this tournament is the proof that the north has golf of excellent quality. The choice of de golf course of Vidago Palace Hotel it’s the confirmation of its excellence and the best North has to offer, proving once more, that has a prominent position in the list of the most famous international golf courses, being capable of challenging even the most experienced player.

Declaration of Alexandre Barroso, director of Vidago Palace Golf Course
“We are very pleased for the choice of EGA and very grateful to FPG for the effort in bringing the tournament to the North, more precisely to the Vidago Palace Golf Course. This choice it’s the confirmation of the quality of our course, being certain that this tournament will be another success and an important step towards our consecration internationally.

This is a hotel inserted in the Centenary Park of Vidago, with centuries of history and tradition, with 70 rooms and suites where the Belle Époque style of the great aristocratic houses is predominant. Its thermal waters with therapeutically qualities recognize worldwide gave the mote for the creation of a Thermal Spa, with the signature of the famous architect Siza Vieira, it’s simple lines appeals to the relaxation but without neglecting the elegance. Relatively to the golf course, it was recently renovated, improving its quality, it’s a pair 72 course with the length of 6 308 metres that proportionate an amazing view over the park, in communion with nature and a wide range of services that make the practice of this sport attractive.

Vidago Palace Golf Course recently became Member of World Leading Golf, an international organization that represents some of the best golf resorts in the world. It is a part of this organization added responsibility and provide the best service, an excellent service to our visitors. The World of Leading Golf is an association representing the most distinguished golf clubs in Europe. At the same time, it is an identifying mark of these clubs for the discerning golfer and the interested public.

Courtesy of: Tee Times Golf Agency – Your Best Partner in Portugal & Spain! Would you like to play & stay at Vidago Palace Hotel & Golf? 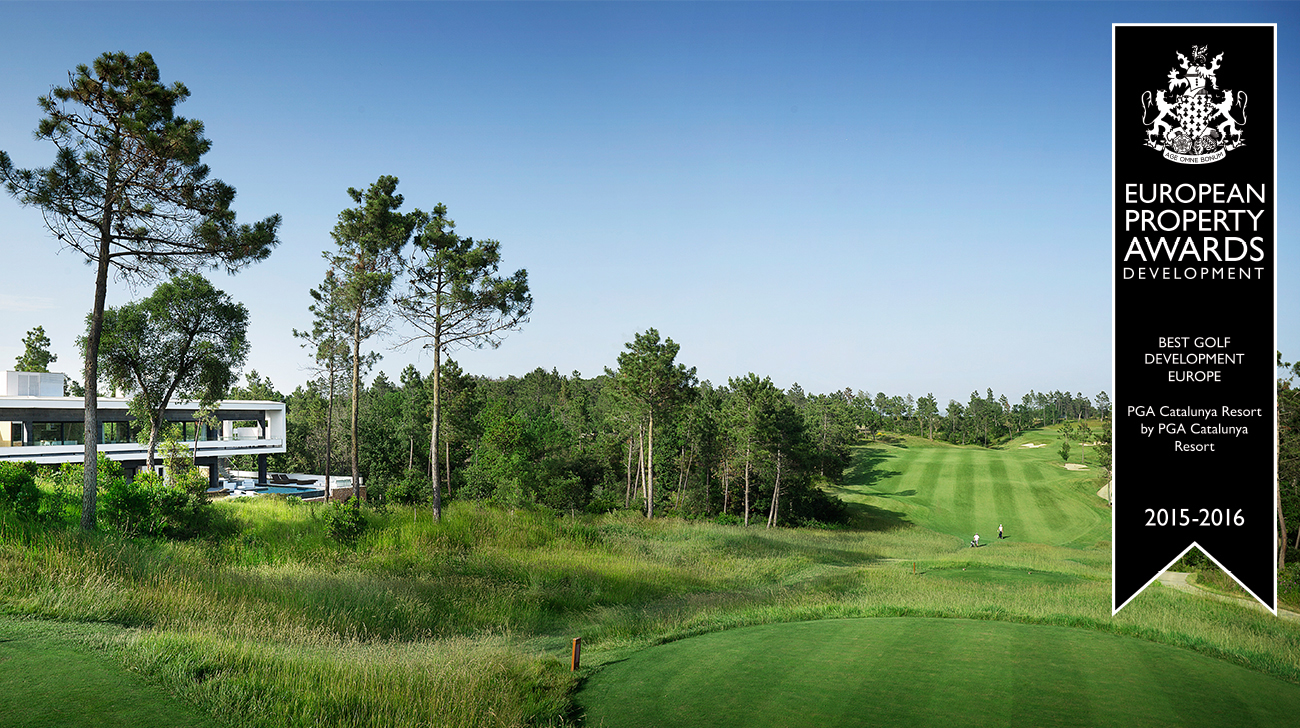 Less than a month ago, PGA Catalunya Resort has been named as Best Golf Development Europe at the International Property Awards, held at the Grosvenor House Hotel, London on 7th December 2015, for the second year.

With the commitment, dedication and vision of its founders since establishment in 1999, PGA Catalunya Resort has evolved into a leading global resort development. Complementing its two world-class golf courses the 300-hectare estate of forested woodland at PGA Catalunya Resort has matured into one of the most sought after contemporary villa developments, combining striking design, open-plan layouts and an innovative use of glass that brings the outside in without compromising on privacy.

Designed to provide owners with an authentic Mediterranean lifestyle, PGA Catalunya Resort is set in the heart of the beautiful Costa Brava, just 50 minutes from Barcelona and 15 minutes from Girona, the epicenter for Michelin star restaurants including the renowned El Celler de Can Roca.

Courtesy of: Tee Times Golf Agency – Your Best Partner in Portugal and Spain. Would you like to play at PGA Catalunya for your next golf break? We’re here for you. We’ll take care of all the bookings, rentals, transfers and reservations for you. You enjoy, have fun and relax! Contact us today for free quotes: + 351 289 300 680 or visit us at www.teetimes.pt.