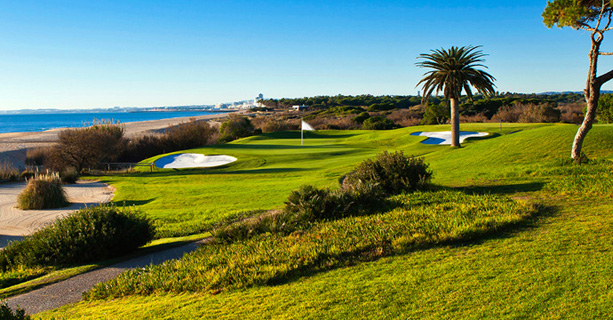 Celebrate this day with your best friends at your favorite golf courses in Portugal & Spain and share a buggy with your buddy!
Here are some great golf offers from us for you to create unforgettable memories with your besties! 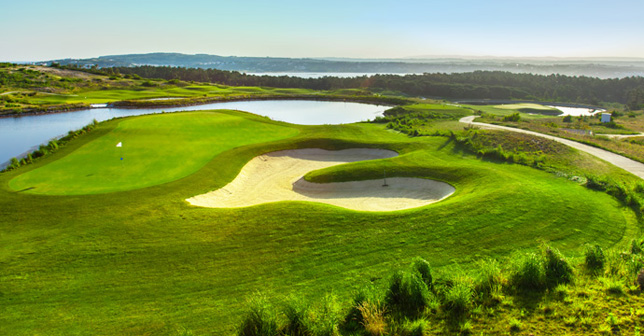 The Challenge Tour announced its complete calendar for 2021 and confirmed that the Portuguese Open will be held from 23rd to 26th September, at the Royal Óbidos Spa & Golf Resort.

According to Miguel Franco de Sousa, president of FPG, the Portuguese Open is a fundamental instrument in the federative policy to support the development of young Portuguese golfers.

In 2021, the Portuguese Open at Royal Óbidos Spa & Golf Resort is particularly well placed on the calendar to attract the best players on this circuit.

After Óbidos, there will only be three more qualifying tournaments for the Grand Final of the Challenge Tour, which will take place in Palma de Mallorca from 4th to 7th November.

But more importantly, there is still no competition on that date from 23rd to 26th September of European Tournaments, as the Ryder Cup will be taking place at the same time in the United States. Therefore, there are good chances that some players from the European first division will head to Royal Óbidos Spa & Golf Resort in search of competition.

As for the complete competitive framework of the second division of European professional golf, now presented, it will consist of 25 tournaments spread over 15 countries, mostly in Europe (20), but also with three stages in South Africa and two in China.

This is a longer calendar than last year, which was greatly affected by the pandemic. In 2020 there were only 11 tournaments, while in 2019, in a year still without COVID-19, 27 championships were played.

The 2021 Challenge Tour starts only in April, surely to allow time for the fight against the third wave of the pandemic. The so-called South African swing was postponed from February to April, exactly when it is desired that the South African strain of the SARS-CoV2 virus can be more controlled.

The novelty is that the inaugural South African swing tournament, which still has no name or venue, will be the Limpopo Championship, from 22nd to 25th April, at Euphoria Golf Club, in Modimolle. This is followed by the Cape Town Open and Dimension Data Pro-Am. These three tournaments are simultaneously part of the Challenge Pro-Am. These three tournaments are part of both the Challenge Tour and the Sunshine Tour, the first South African golf division.

There are three great news in the new Challenge Tour season: three new tournaments in the Netherlands, Germany and the United Kingdom; promotion to the top level (the 2022 European Tour) increase from 15 in 2019 to 20 at the end of 2021; and all tournaments will now have to be held under the protocol defined by the European Tour’s Health and Safety Program.

Tee Times Golf Agency calls your attention to the “Royal” beauty of the Royal Óbidos Golf Course, named by its designer and world golf legend player Severiano Ballesteros. Adding to the golf course the superb offer of accommodation, the resort is a magnificent place for a memorable golf vacation with unbeatable golf packages. 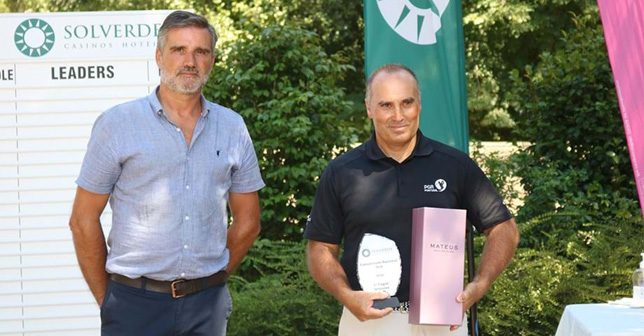 At a time when the pandemic forced the Portuguese Golf Federation (FPG) to postpone until March the start of the season, the Portuguese PGA confirmed that they will organize some tournaments in 2021, although it is still premature to announce dates and locations.

In a statement published on the official website of the Professional Portuguese Golf Players Association, the following can be read: «PGA Portugal will also organize the PGA Portugal Championship at the end of the year and will continue to develop efforts in the current scenario for the organization of more tournaments and the Pro-Ams.

The most likely dates will be the months of July or September, but we will have to wait for the international calendars, mainly for the Challenge Tour.

For now, the best scenario on the table will be three tournaments for Portuguese Golf Professionals in 2021 with the PGA Portugal, not counting the Pro-Am.

In total, there will be five tournaments on the FPG circuit, in addition to the Absolute National Championship which, for the second consecutive year, will also host professionals. These six events will be organized by the FPG.

Adding the FPG tournaments to the PGA tournaments in Portugal, we may have a total of nine events in 2021 that will form what we can informally call a National Golf Circuit.

If these nine tournaments are confirmed, we will be facing an attractive and competitive season, with all the events counting for the ranking of the Portuguese PGA.

In addition to these nine national tournaments, Portuguese professionals (and the best amateurs) also aim to participate in the two international tournaments in our country: the Portugal Masters of the European Tour (the first European division), in Vilamoura, disputed at Vilamoura Victoria Golf Course, and the Portuguese Open at Royal Óbidos Golf Course, on the Challenge Tour (the second division of European professional golf).

The best national golfers, even if there is no competition abroad, if everything goes according to planed, they can participate in a total of 11 Golf Tournaments.

It is almost one tournament average per month, which, in this pandemic context, is a remarkable effort by FPG and Portuguese PGA.

Of course, everything will depend on fighting COVID-19. The first tournament of the FPG Circuit was scheduled for February and has already been postponed to March.

A message published on social networks by FPG announced the following: “Considering the legislative changes introduced by Decree nº 3-B / 2021, of 19 January, now clarified by Decree nº 3-C / 2021, of 22 January, which determined a limitation to the practice and training of golf by all those who are not professionals or with equivalent activity, the Portuguese Golf Federation believes should suspend the holding of competitions scheduled until February 15th. Thus, the following new dates for the competitions mentioned below are now fixed to be played at Montado Hotel & Golf Resort: 1st Tournament of the FPG Circuit – 6 and 7 March, 91st International Women’s Amateur Championship of Portugal – 12 to 15 May; 91st International Male Amateur Championship of Portugal – 18 to 21 May ».

Tee Times Golf Agency will release all the updates on dates and golf courses chosen for these and all the Portuguese Golf Tournaments promptly, as well as, will have the pleasure of organizing all Golf Packages for its participants and supporters, suggesting the best hotels and golf courses in each region.