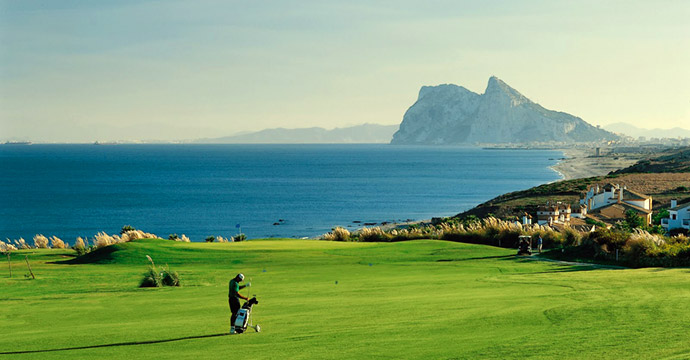 It is the first time in history that the seven golf courses from São Roque have come together in a tournament to host the inaugural edition of a circuit that promises great emotions and spectacular golf courses available to everyone and with the presence of a large number of national and international golfers.

The Heathland golf course of Alcaidesa Links Golf Resort’s was the chosen golf course for the more than sixty participants to try to give their best swing with the clear objective of qualifying for the Grand Final that will take place at Real Club Valderrama golf course on November 11th.

Alcaidesa Heathland golf course is an 18-hole, par 72 course designed by the prestigious former Ryder Cup player and author of several internationally renowned courses, Dave Thomas. This golf course offers a variety of natural landscapes ranging from a plateau area (holes 1 to 5, 17 and 18) where the golf course resembles a “moorland” type with wide fairways and exceptional views of the Mediterranean, to different mountains and to the valley area where the holes meander along with themselves and incorporate various water obstacles. The total course is 6,373 meters.

All participants will thus enjoy a golf course that combines exigency and fun in equal parts and in which they must show their best shots if they want to win in the handicap or scratch category, which gives them a direct pass to the Grand Final of Real Clube Valderrama.

But in the Sotogrande Golf Challenge consistency has its prize and the ranking of the regular phase starts to take shape. The top six handicap pairs and also the top six scratch pairs will also compete in the final at Real Club Valderrama.

The Sotogrande Golf Challenge does not stop in her calendar with several high-level competitions that are yet to be disputed. The renovated Old Golf Course at Clube São Roque will be the next after Alcaidesa Links golf course, on the 24th of July, where the 200 participants will have to do their best.

It will be the first tournament after a comprehensive redesign carried out in recent months. Mobile greens, wide fairways in a perfect condition worthy of the same European Tour, will be what the participants of this first edition of the Sotogrande Golf Challenge 2021 will find.

The deadline for participation has been extended, therefore, all interested parties are still in time to formalize the inscription in the different competitions that are still in dispute or opt to enrol together in the last three events to be held at Almenara Resort, La Cañada Golf Course and the Real Club de Sotogrande Golf Course at a very low price, starting at 250,00€. Registration is done through the website www.sotograndechallenge.com.

For Tee Times Golf Agency, this is another magnificent tournament held in the best and most competitive Spanish golf courses.
Alcaidesa Links golf course is a golfer’s paradise with the beauty of most of its holes located by the sea.
As well as the world-famous and appreciated San Roque Old & New golf courses.
The hotels, So / Sotogrande *****, Hotel Encinar de Sotogrande **** and Hotel Apartamentos Manilva Sun ***, complete the beauty of this Spanish region and guarantee the best golf break ever.

You can also read other posts about Golf in Spain:
International Day of Friendship
Sotogrande Golf Challenge
Good news from Spain 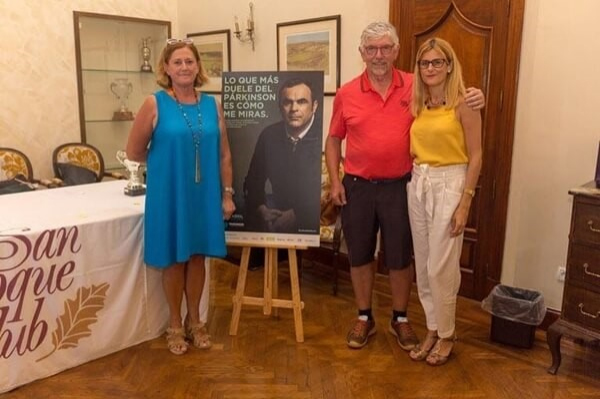 “From the Spanish Federation of Parkinsons we support and applaud this sport initiative. Staying active by starting any physical exercise is essential to improve the quality of life of the person affected by Parkinson’s and control, as much as possible, the motor symptoms of the disease. On the other hand, these events contribute to an awareness and social awareness, in short, to the normalization of Parkinson’s disease. We thank the club that have counted on us for this initiative “, explains Lola Garzón, secretary of the Board of Directors of the Spanish Federation of Parkinson’s. 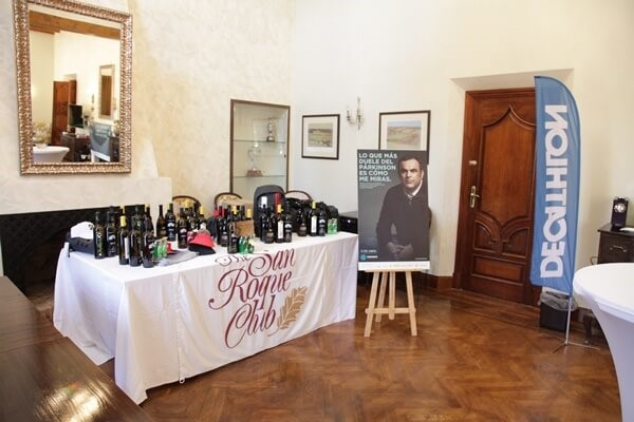 The organization of this tournament arises at the initiative of Bruno Krul, affected by Parkinson himself and a golf enthusiast, who wanted to contribute with his grain of sand to the improvement of the quality of life of his group. In addition, to the initiative Insight Experience and Gaugin have joined as sponsors, and Decathlon, Adidas, Holiday Golf, Srixon, RCG Sotogrande, RCG Sevilla, Valderrama Golf Club, Villa Padierna, Alcaidesa Links Golf Resort and Hunter Group, as collaborators, donating material for the charity auction that was made at the end of the tournament. Finally, Victor Goiriena, Enrique Garay, Bertol Izaguirre and Iñaki Sagasti, have also collaborated by donating several bottles of wine from their own wineries to auction.

The San Roque Club opened its doors for the first time in 1991 and quickly became the Sotogrande golf club, now known as the Golden Golf Triangle. This club has hosted major golf events such as the Open in Spain, and many elite players have enjoy its facilities, such as Padraig Harrington and Lee Westwood, among others.

Today San Roque club continues to receive renowned players from all over the world who come to take advantage of the excellent conditions of their golf courses.