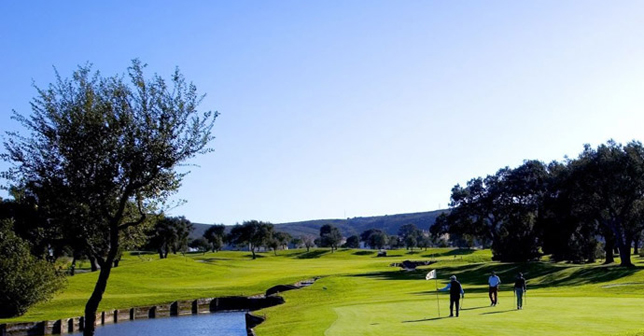 The 2nd round of the Sotogrande Golf Challenge already has winners.

The Clube São Roque takes over as the venue for the third stage of the circuit on July 24 at the recently renovated, Old Course.

Covadonga Basagoiti- Juan Álvarez-Rendueles and Francisco Benítez – José Luis Iglesias have achieved their goal of winning the classification of the second regular round of the Sotogrande Golf Challenge 2021 held at Alcaidesa Links Golf Resort.

The San Roque golf course, Alcaidesa Heathland golf course, an expert in hosting top-level international events, was presented with a demanding set-up in which all participants had to show their best version to achieve a positive result in an international benchmark golf course. In addition, Ana Ruiz, stressed the magnificent state of Alcaidesa’s design and how it has served as a claim so that great sports figures on the international scene, such as Liverpool FC footballer Jame Milner, have come to enjoy this second stop of a circuit that will end its regular phase on September 18 and 19 at the Real Club Sotogrande.

Among the sixty players who finally gathered in this test, the couple formed by Covadonga Basagoiti and Juan Álvarez-Rendueles knew how to get their best version of the game and win with 39 scratch points, based on a magnificent command of the reading of the puts. In second position with 37 points, Ernesto Mira Hafner and Gonzalo Gross finished with the honey on their lips for not getting a direct pass to the Real Club Valderrama grand final in November.

Speaking of the handicap category, Francisco Benítez and José Luis Iglesias (44 stableford points) were the ones who best knew how to adapt to a better ball pair modality in which the success of the rapport is essential to achieve a great result. In second position, with the same score, finished Cándido Romaguera and José Manuel Dicenta. The prize for the nearest the pin on the 14th hole went to John Groszek who managed to get his ball just over a meter away from the hole on this magnificent par 3 of the Heathland course.

The next venues for the Sotogrande Golf Challenge will be July 24 at the San Roque Club Old Course, August 14 at Almenara Golf, August 28 at Club de Golf La Cañada and next September 18 and 19 at the Real Club Sotogrande in what will be the last test, before the grand final that will be held at the Real Club Valderrama on November 11, 2021, just a few weeks after the Estella Damm Andalucía Valderrama Masters 2021.

The website www.sotograndechallenge.com collects all the classifications as well as the registration possibilities individually for each of the tests that still must be disputed and that, represent a real challenge for all participants.

The Sotogrande Golf Challenge Circuit is a direct promotion of the San Roque City Council to promote the destination as a benchmark within the sports tourism segment at a national and international level.

You can also read other posts about Golf in Spain:
Good news from Spain
Las Colinas Golf & Country Club is celebrating
Costa Blanca Golf Courses And Valencian Community In Collaboration In The Interclubs Pairs Trophy 2021 Circuit