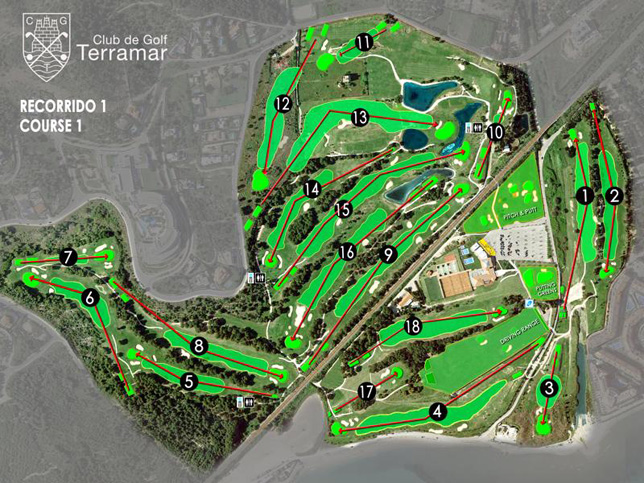 On Thursday the 13th the Terramar Golf Club inaugurated its new golf course with the opening of three new holes in the Can Pere Pau and Can Girona area.

Completing the second phase of the Master Plan, designed by Martin Ebert, with this reform the course will once again be a par 72 with the incorporation of a par three (hole eleven), a par four (hole twelve) and a par five (hole thirteen).

To complete the new Terramar project, the third and final phase of reform will be pending with the construction of the new hole ten, a par four with a large lake between the second shot and the green that will give a new personality to the entire area.

In this way, the new layout route goes from 5,893 meters to 6,036 meters, making the golf course more competitive although adapted to all handicaps and ages. The new holes are a par three of 151 meters from the white tee, located next to the old catalogued farmhouse of Can Pere Pau (which will be restored in the future after the architectural study that is underway), a par four of 330 meters on land granted by the Sitges City Council and which is parallel to the Can Girona area, and a par five that when the third phase is completed will become par four with a green next to the same lake as the future hole ten.

Once the last phase of the Master Plan has been completed, Terramar golf course will then maintain a par 72 since hole ten, currently a par three, will become a par four. This new 495-meter par five runs along the route of the old twelfth hole but in the opposite direction and ends on the green of the old par three on the lake on the thirteenth hole.