Our website is currently showing you the prices based on the following date : 2020-04-04 .

The 46-year-old Englishman, is one of the biggest golf champions ever in Vilamoura, and joins his compatriots Eddie Pepperell and Andy Sullivan, the 2015 winner. 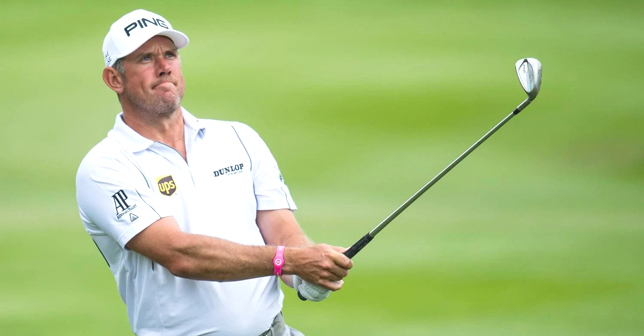 Westwood will make his first appearance at the Portugual Masters tournament since winning ten years ago in the Algarve his 30th international title, while Sullivan earned his third European Tour trophy at the Dom Pedro Victoria Golf Course in 2015, with a huge advantage of 9 strokes over the second - a record in the Portugal Masters.

In 2009, Westwood broke a two-year career in without a European Tour win, beating italian Francesco Molinari by two shots, thanks to three rounds -6 par for an aggregate of -23 par, the second best result ever in Vilamoura tournament history.
That victory catapulted him to a peak that culminated, later that season in a Race to Dubai victory and became No. 1 European Tour player of the Year. The following year, he became the first Englishman since Nick Faldo in 1994 to rise to the top of the world rankings.
"I have happy memories of Dom Pedro Victoria Golf Course from my win there in 2009," said Westwood, who had reached 26 top-tens between his 2007 British Masters and Portugal Masters triumphs in 2009 without raising any trophy during that period.
"I had a series of 'almost' between these two wins and that made me very happy to have finally crossed the line in Portugal," he added.

“Many players have been telling me about how this tournament has grown in recent years and I look forward to returning and witnessing this growth. It also gives me the opportunity to prepare for the Nedbank Golf Challenge title defense (November 14-17 in South Africa). So I'm excited about this week (in Portugal), ”concluded the 46-year-old, who has 43 titles in his career, including 24 on the European Tour and 2 on the PGA Tour. As for Andy Sullivan, who was Westwood's partner in the 2006 European Ryder Cup team at Hazeltine (United States), he was almost becoming the first and only player to win the Portugal Masters in consecutive years.
After the win in 2015, interestingly also 23 under Par as Westwood, the 32-year-old British was runner-up in 2016, just one shot from Irishman Padraig Harrington, another of the illustrious holders of the Portuguese golf tournament, with three Majors in is career.
"The Portugal Masters is an event I always look to when the calendar is announced," said Sullivan. “It's a big tournament and it's always nice to be back in a golf course where we've won before. I always take my family with me and they enjoy being there as much as I do - and it never hurts to have extra support when we compete, ”added the most smiling golfer.

“This tournament gives us the opportunity to start winning an eland for the last three tournaments of the year. I really want to finish the golf season hard and this event is the ideal platform for that, ”concluded Sully’, winner of three international golf titles.
Eddie Pepperell, for his part, has won twice on the European Tour and also confirmed his presence at the Dom Pedro Victoria Golf Course, with the aim of maintaining his top-50 status in the world golf ranking, which gives him access to Majors and the World Golf Championships.

The Portugal Masters 2019 will then have the presence of a luxury English quintet if we had Tom Lewis double winner at the Victoria golf course and title defender, and Oliver Fisher who last year in the Algarve became the first player completing a golf round in 59 shots on the European Tour.
Also new is the presence of Thomas Bjorn, the captain of the European team that won the Ryder Cup in 2018 in France. Bjorn won the Portuguese Open in 2010 and is a veteran with 21 international titles.

Portugal Masters tickets are available from 8€ for ages 12 to 17; 17€ for promotional tickets and 20€ for adults.

The package tickets for the 5 days are available from 24€ for a youth ticket, 50€ for promotions and 60€ for adults. Tickets for sale in https://www.eventbrite.co.uk/e/portugal-masters2019- and at the Doors